Who had Indiana’s best individual performances? You choose, you decide. MaxPreps is proud to sponsor the Indiana Athlete of the Week awards for the 2022-23 school year.

Every week during the season (regular and postal) there is a Fan-Generated Competition to tab
weekly winners. Any winner receives a letter and a badge of honor for her college jacket.

How does it work?

Nominees are selected from statistics submitted to MaxPreps. Trainers who do not have current access can request theirs free account here.
Weekly Finalists are published every Tuesday on MaxPreps and Voting takes place in a special poll. Voting closes at 12 noon on Monday. Winners will be announced the next day along with next week’s nominees.

The participants can vote as often as they want. It is a contest.
Over 50,000 votes were cast last week. Over 3.2 million votes have been cast so far this school year.

* Drayk Bowen, Andrean (Merrillville) Football
Senior carried the ball 25 times for 227 yards and two TDs and had 10 tackles and two interceptions in a 30-12 win over Lafayette Central Catholic. Has 1,331 rushing yards, 24 total TDs, 125 tackles and 13 TFLs this season.

Here are the next nominees for the school year… 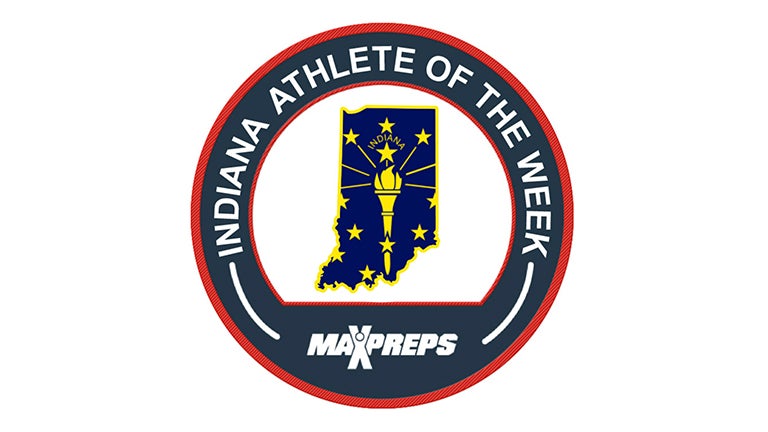 * Josh Ringer, East Central (St Leon) football
Junior tied the Class 4A state finals records for most TDs (four), most rushing TDs (four), and most points (24) in a 37–7 win over New Prairie. Finished for 167 yards on 23 carries.

* Justin Clark, Valparaiso Football
The junior quarterback completed 10 of 14 passes for 163 yards and two TDs and carried the ball 14 times for 57 yards and three TDs in a 35-31 win over Whiteland in the Class 5A State Final.

* Austin Wiese and Charlie Gardner, Center Grove (Greenwood) Football
High-ranking linemen and three-year-old starters paved the way for a rushing attack that churned out Class 6A state finals records for rushing attempts (56), rushing TDs (four), most first-downs (24), and most first- Downs-Rushings (16) pitched a 35-9 win over Carroll. It was CG’s third straight state title.

* Colin Guy, Bishop of Indianapolis Chatard Football
Junior had nine tackles and two team-high interceptions in a 34-14 win over Lawrenceburg in the Class 3A State Finals.

* Cam Craig, Boys Basketball in Switzerland (Vevay).
Sophomore had 46 points, 11 rebounds and three blocks in an 89-70 win over Austin.

* Parker Burk, Tri (Straughn) Football
Senior had eight TDs in a 68-12 win over Union City. Carried the ball eight times for 182 yards and seven TDs and caught a pass for 21 yards and a TD.

* Kate Thomas, Kankakee Valley (Wheatfield) girls soccer
Senior scored six goals in the 9-0 win over Rensselaer Central and four goals and one assist in the 10-0 win over Merrillville. Has 19 goals and two assists in six games.

* Jalen Fowler, Corydon Central Football
Senior caught nine passes for 249 yards and four TDs, had 380 all-purpose yards and returned a punt for a TD in a 33-32 win over Eastern.

* Kolby Haecker, Manchester (North Manchester) boys football
Senior made 17 saves in a 3-2 win over Huntington North and 12 saves in a 2-0 shutout win over Oak Hill.

* Noah Falkenberg, Carroll (Flora) Boys Soccer
Senior had three straight hat-tricks with three goals and an assist in a 7-1 win over Sheridan and three goals and two assists in a 9-0 win over Delphi Community. Has 21 goals and 21 assists (ranks 8th in the state with 63 points).

* Hannah Layne, Wabash girls soccer
Senior allowed one goal and made 40 saves in 4-0 wins over Tri-Central and Eastern and a 2-1 win over Maconaquah.

* Matea Bradfield, Evansville Reitz girls soccer
Sophomore scored six goals in a 10-0 win over Vincennes Lincoln, five goals and three assists in a 9-0 win over Boonville, and two goals in a 3-1 win over Terr eHaute North Vigo. Has 64 points (27 goals and 10 assists) this season.

* Peyton Meyer, Hagerstown Football
Junior had 24 tackles (22 solo) and an interception in a 27-19 win over Winchester Community. Has 101 tackles and 12 TFL this season.

* Gabe Freeman, Rossville Boys Soccer
Senior had six goals and two assists in the 10-3 win over Delphi Community and one goal and one assist in the 5-1 win over Sheridan. Has 68 points (28 goals and 12 assists) this season.

* Mark Rowland, Boone Grove (Valparaiso) Football
Sophomore completed 12 of 13 passes for 202 yards and six TDs, and also ran for a TD in a 57-6 win over Lake Station Edison. Has thrown for 1,556 yards and 19 TDs this season.

* Noah Claycomb, North Putnam (Roachdale) Football
Senior carried the ball 16 times for 142 yards and three TDs, caught three passes for 75 yards and one TD, and had eight tackles, six TFL, five sacks and one interception in a 50-13 win over Brown County. Has 1,332 rushing yards and 18 total TDs this season. Also has 58 tackles and 10 TFL recorded.

* Riley Hoaks, Benton Central (Oxford) Volleyball
Sophomore had 45, 37, and 34 assists in wins against West Lafayette, Frankfort, and Western. Has 824 assists and 151 digs this season.

* Dejanae Butler, Park Tudor (Indianapolis) girls soccer
Junior had four goals and two assists in a 6-0 regional championship win over Covenant Christian and one goal in a 5-0 regional semifinals win over Muncie Burris. Has 24 goals, 17 assists and 65 points this season.

* Ella Hamner, Evansville Memorial Girls Soccer
Senior set an IHSAA Finals record with three goals in a 4-0 win over Leo in the 2A Finals that secured the Tigers’ sixth state championship and second straight.

* Francesco Nofrini, Park Tudor (Indianapolis) boys soccer
Senior set a 1A record for the state finals with three goals (all in the first half) in a record-breaking 9-0 win over Greenwood Christian, which secured the program’s first state title.

* Reese Baker, Wapahani (Selma) Volleyball
Senior set a 2A Finals record with five service aces in a 3-1 win over Linton-Stockton in the state championship. Also had 24 digs.